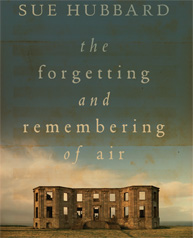 "Direct, muscular, compassionate and brave.
This is a poet who is not afraid of the authentic  and the real."
In this, her third collection, Sue Hubbard meditates on artt and the natural world. By going to the extreme edge  of western Ireland, to a Cornish beach, to the rim of the Solway Firth and the mouth of the Thames she explores,  in these disarmingly direct and evocative poems, in a language that is muscular and lyrical, painterly yet spare, the illusion of romantic love and the letting go of childhood grief. In the central section, based on paintings by the artist Rachel Howard, she examines the psycholo#$ of different women in extremis.
“"There is nothing safely aesthetic about these poems, beautifully observed though they frequently are.  The watching intelligence reaches so far into the places, situations or works of art that it nearly forgets itself, and maybe desires to. The central block of poems on the tragic deaths of women signal that danger, and make it all the more of an achievement when the closing poems journey to the edge of the Atlantic, almost beyond comfort or habitable land, and come back with a final, hard-won ‘...yes’ ” —Philip Gross
“'There are two kinds of islands' begins the poem, Dreaming of Islands, 'those born of erasure and fracture'. From the 'river's dark skin' at Bow Creek to Yves Klein, from St Ives to Prussian Blue; from Cliff and Elvis to Charing Cross, from Dora Carrington to Diane Arbus, Sue Hubbard locates places and people with a lyrical precision of voice, following those erasures and fractures to a 'fragile yes'. Thee poems surge with a natural force breathing the world 'into and out of itself'. A mixture of nature and art, this is an impressive book. ” —George Szirtes
“Whether describing the Thames estuary or the remote west coast of Ireland, Sue Hubbard pays close and exact attention to the elemental world and the vulnerability of the human within it. These moving poems face the “anthracite dark” outside and inside us, and emerge renewed by it, like prayers “written on the waves”.”  —Pascale Petit 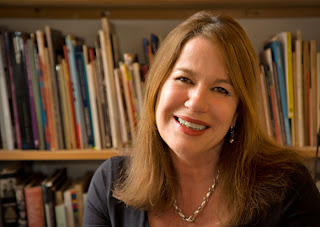 About the author: Sue Hubbard is an award-winning poet, novelist and freelance art critic. Twice a Hawthornden Fellow her poet!$ includes Everything Begins with the Skin (1994) and Ghost Station, (2004). She has published a collection of short stories, Rothko’s Red, (2008), a novel, Depth of Field, (2000) and a book on art, Adventures in Art (2010) and written regularly for The Independent and The New Statesman. She was the recipient of a major Arts Council Award for her new novel, Girl in White.

You can find out more about Sue and her work at www.suehubbard.com
Posted by Book aPoet at 10:15