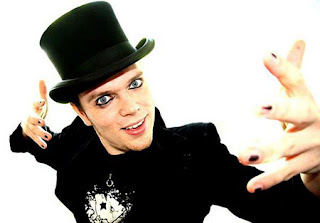 The brilliant Dominic Berry is filming a showreel of himself on 7pm Wednesday 13th February at the 3 Minute Theatre (3MT), Oldham Street, Manchester M1 1JG. Top notch film makers are coming in to record a poetry performance, which will be made into a DVD!

Dom is filming the showreel in front of a live audience and it's completely FREE to be part of the audience!

If you haven't heard or seen Dom in spoken word action, here is a little more about him and his   work ...


And if all that wasn’t enough Dominic will be joined by two very special guests ...

***Léonie Kate Higgins***
http://www.leoniekate.com/
Singer/songwriter/cellist for band Geddes Loom, along with poet/beatboxer Ben Mellor and guitarist/technology-spinner Dan Steele, Léonie's also one fifth of all-female performance group Eggs Collective.
PLUS
all the way from Chicago USA
***Kristiana Rae Colón***
http://www.kristianacolon.com/
Seen on HBO's Def Poetry Jam, Kristiana was also nominated for a 2011 Pushcart for her poem 'Severance' in Organs of Vision and Speech. Her work's been anthologized in Dzanc Books' Best of the Web 2010 and in Saul Williams' anthology, Chorus: A Literary (Re)Mixtape, released by MTV Publishing in Summer 2012.
Kristiana is an Artistic at Teatro Luna, Chicago's all-Latina theater company. Her short plays have appeared from Rebel Theater's Sunday Reading Series in New York to American Theater Company's The Silver Project. Her most recent full-length project 'One Week in Spring' was a finalist for Victory Gardens' Ignition festival.

You can find out more about the event at: