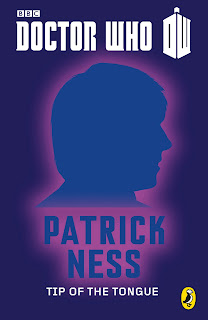 A year long celebration for the 50th anniversary of Doctor Who!

The fifth instalment in a sensational series of stories celebrating the 50th anniversary of Doctor Who is written by Patrick Ness, highly acclaimed author of the Chaos Walking trilogy and A Monster Calls, winner of the 2012 CILIP Carnegie medal.

Following on from short stories by Eoin Colfer, Michael Scott, Marcus Sedgwick and Philip Reeve, Puffin is thrilled that Patrick Ness has written the fifth adventures in the series, based on the Fifth Doctor played by Peter Davison. Patrick Ness commented: ‘The Fifth Doctor is always the Doctor I thought most likely to be a novelist. People sometimes call him slightly passive, but I think it's more that he's observing, watching, waiting on the fringe to make his move. Just like any good writer. Which is why I've made this story one of those – which I've always liked – where the Doctor stays a bit out of the action and we see what happens through a non-canon character and get a whole different point of view of all the strange things happening. It's a bit how it feels when you watch the show as a young viewer.’

Synposis: In 1945, a strange new craze for Truth Tellers is sweeping the kids of small-town America. The Fifth Doctor and Nyssa soon arrive to investigate the phenomenon, only to discover that the actual truth behind the Truth Tellers is far more sinister than anyone could have imagined … 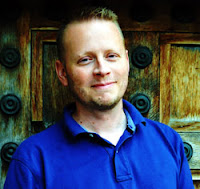 Born in Virginia, USA Patrick Ness spent his upbringing in the states of Hawaii, Washington and California before moving permanently to the UK. He is the author of the Chaos Walking trilogy which established him as one of the most original and exciting writers of today. The trilogy has won many awards including the Guardian Children’s Fiction Prize, the Costa Children’s Book Award, the Booktrust Teenage Prize and the CILIP Carnegie Medal. Patrick’s sixth book A Monster Calls received high critical acclaim and is the winner of the Children’s Book of the Year Award at the Galaxy National Book Awards, the Red House Children’s Book Award and the UKLA Children’s Book Prize. In June 2012, A Monster Calls became the first book ever to win both prestigious CILIP Carnegie and Kate Greenaway Medals. His highly anticipated new novel for adults, The Crane Wife, was inspired by a Japanese folk tale and just published by Canongate in April 2013. A daring new YA novel More Than This is forthcoming later this year from Walker (Candlewick in the US).  Photo credit Debbie Smyth.

Email ThisBlogThis!Share to TwitterShare to FacebookShare to Pinterest
Labels: Doctor Who, Doctor Who 50th Anniversary, Patrick Ness, puffin books, Tip of the Tongue